Designed for the most demanding experimental modal testing applications, these exciters have force ratings up to 650 N (146 lbf) for Type 4827 and 1000 N (225 lbf) for Type 4828. They are ideal for high-precision, single- and multiple-point excitation of extra-large devices, such as locomotives, industrial turbines, heavy-duty pumps and aerospace assemblies.

The most powerful of our modal exciters, Types 4827 and 4828 offer precise and reliable operation in any modal testing scenario, including long-duration tests of outsized mechanical structures as well as applications with MISO and MISO configurations. Suitable for impulse, sine and random signals, they also have a wide frequency range (2 – 5000 Hz) and a peak-to-peak displacement of 50.8 mm (2 in).

CHARACTERISTICSThese exciters have been developed using rare-earth neodymium magnet technology, to afford them high force-to-weight ratios. When forced-air cooled by an external blower, Types 4827 and 4828 are capable of delivering sine forces up to 650 and 1000 N (146 and 225 lbf), respectively.

Other Bruel and Kjaer products 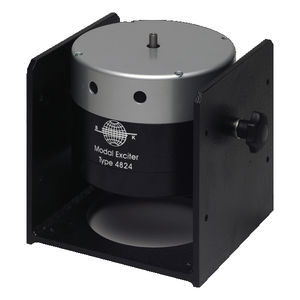 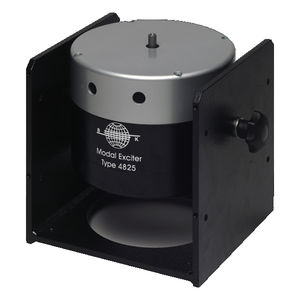 modal shaker 4825, 4826
Related Searches
*Prices are pre-tax. They exclude delivery charges and customs duties and do not include additional charges for installation or activation options. Prices are indicative only and may vary by country, with changes to the cost of raw materials and exchange rates.
Compare
Don’t compare this product
Compare up to 10 products