The USB FlightStick (flight simulator) is an industrial motion controller device that offers real-time response rates with pin-point precise accuracy for a broad range of application possibilities. These industrial motion controller devices are ideally suited for harsh environments, precision instruments, and restricted spaces. A few of the industries benefiting from the USB FlightStick are aerospace, automotive, medical, homeland security, surveillance, and military.

When mounted to a panel, the USB HID Compliant game controller assembly provides NEMA 4 (IP66) sealing. The USB joystick only requires a 1.65 inch square footprint and 7/8 inch depth for the handle, as the interface PCB can be located
anywhere beneath the panel. These rugged motion control devices can easily be interchanged with one of ten knob options including one, two, or three axis joysticks. A few of theseUSB HID Compliant game controllers have one or two NEMA 4 (IP66) sealed buttons in the handle for easy switching or selection of control.

Go to the CTI Electronics Corporation website for more information 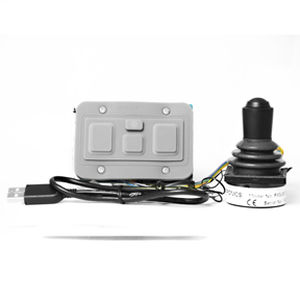 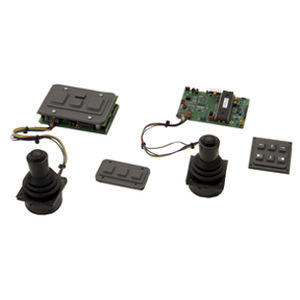 analog remote control / joystick / rugged / for harsh environments F1020-Nx-Pxxxx
Related Searches
*Prices are pre-tax. They exclude delivery charges and customs duties and do not include additional charges for installation or activation options. Prices are indicative only and may vary by country, with changes to the cost of raw materials and exchange rates.
Compare
Don’t compare this product
Compare up to 10 products