The design of FAM slewing scrapers resembles the design of side scrapers. However, the scraper boom is connected with the slewing gear platform in an articulated manner. They are employed primarily in circular stockyards.

When used in longitudinal stockyards, slewing scrapers are additionally equipped with a rail-borne or crawler-mounted undercarriage. Slewing scrapers allow material to discharge not only by means of tunnel belt conveyors, but also via gallery conveyor belts running along the storage structure.

Slewing scrapers on crawlers are ideally suited for longitudinal stockyards with a wide stockpile foot (e.g. for fertilizers). They unload stockpiles at the face side by moving the reclaiming boom to and fro and delivering the material to a slewable loading boom via a transfer trough, from where it is further transferred to the gallery conveyor. The crawler-mounted undercarriage is selected rather than a rail-borne travel unit because of its smaller load on the storehouse floor. 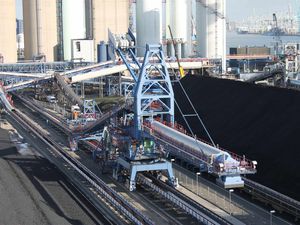 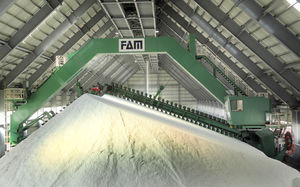 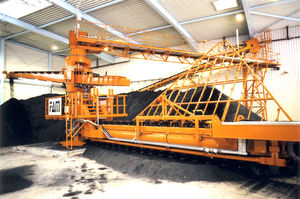 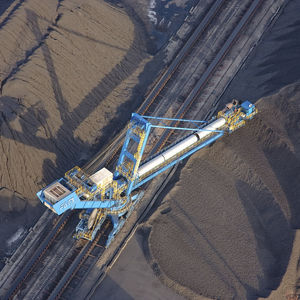 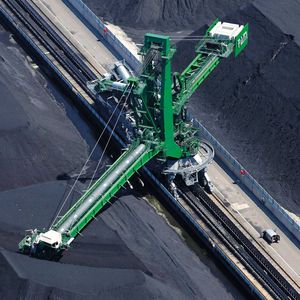 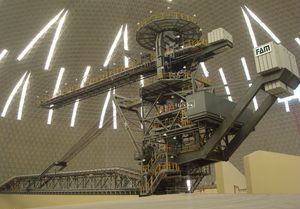 stacker-reclaimer
Related Searches
*Prices are pre-tax. They exclude delivery charges and customs duties and do not include additional charges for installation or activation options. Prices are indicative only and may vary by country, with changes to the cost of raw materials and exchange rates.
Compare
Remove all
Compare up to 10 products