The Air Logic Division of Knapp Mfg., Inc. was created in 1975 when the Air Logic product line was purchased from Johnson controls. Before the Purchase, the Knapp family business had been a key supplier of Air logic molded components.

Air Logic’s parent company was started by Fred Knapp, a metal engraver with decades of experience who decided to open a shop in his basement back in 1935. Joined by his three sons, they launched the Fred Knapp Engraving Co. in 1945, specializing in steel marking stamps, engraved signs, and dials.

The company quickly expanded and diversified, in 1955 the business moved to its current location and added tooling and injection molding services to its engraving capabilities. Injection molding of small components with precision orifices eventually became a core competency at the business. In 1975, Knapp acquired the Fluidic Division of Johnson Controls in Milwaukee, Wisconsin, which became known as Air Logic.

Air Logic continues to focus on innovation, quality, and creating excellence for our clients. We have achieved this goal through advanced manufacturing methods and a dedicated team of people. We prioritize our company’s focus on superior customer service and immediate, on-time delivery of products to drive our success long into the future. 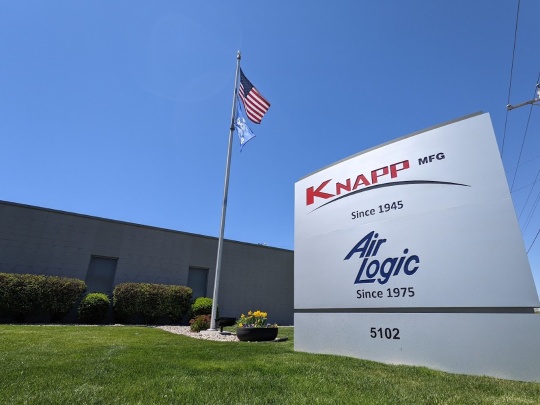 We preserve dignity in one another by committing to providing everyone with a sense of purpose and value.

We respect, involve and encourage our people to reach their full potentials here. Treating all our employees with the self-respect and integrity earned.

We believe that trust is a characteristic that constructs and upholds respect and loyalty for all our workers.