DRIESCHER is a family-run, globally operating company that is one of the leading suppliers of low voltage and medium voltage switchgear and switching devices for 0,4 kV to 38,5 kV/52 kV - "Made in Germany".

Innovative technology, flexibility and the highest possible quality have made DRIESCHER one of the leading manufacturers in the world today.

As the holder of 300 patents, the originator of many global standards and the manufacturer of compatible, future-proof solutions, we can provide our clients with an exceptionally broad product range based on a modular system. These products are capable of fulfilling every possible requirement in an individual manner.

We can carry out planning, project engineering and implementation for your projects in the following areas:

You can find a full range and competent advice at our sites at our facilities in Moosburg and Eisleben.

Right back at the beginning of the last century, Fritz Driescher Sr. (born 1886; died 1951) recognised how important power supply would become in the coming years.

When he was just 24, he founded a company in Kapellen am Niederrhein in 1909 and thus established the foundation for the successful history of DRIESCHER that has continued through to the present day.
In the early years, the focus was on the electrification of wells, centrifuges, chaffcutters and lathes. He already employed 30 electrical fitters just a year after starting the company.

In 1925, the company moved to larger facilities in Rheydt.
A large subsidiary works was opened in Moosburg in Upper Bavaria in 1939, which was taken over by Fritz Driescher Jr. in 1948 (now known as DRIESCHER Moosburg).

In 1951, the youngest son of Fritz DRIESCHER Sr., Heinz Driescher, took over the company in Rheydt and decided to move and to build a new plant in Wegberg in the late 1950s (now DRIESCHER Wegberg).

A lot has happened since Elektrotechnische Werke Fritz Driescher & Söhne GmbH was founded 75 years ago:
The range of services has been adapted to the changing market requirements, the production area and number of employees have grown, additional sites have been purchased and sister companies have been founded...

But some things have stayed the same:

Specialist expertise, high quality standards and innovative thinking and actions are EXTREMELY important at our company!

DRIESCHER Eisleben was founded on 01.07.1991 in Lutherstadt Eisleben as a sister company to Elektrotechnische Werke Fritz Driescher & Söhne GmbH.

DRIESCHER Moosburg was well known in the newly-formed German states and in prominent expert circles. So what could be better than to make use of this fact and to found a separate, legally independent company in Mansfelder Land. Major factors in this decision will definitely have been the potential afforded by the extremely well-trained expert work force and the favourable geographical location of Eisleben. 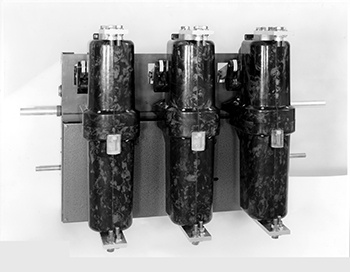 Security for the consumer!

* Innovation is our strength

With our ISO certification, we have taken another important step into the future!We are continuously developing and improving our products. The high quality of our products is ensured by permanent control as per ISO standards and thus provides security to our clients and confirms our high standards.

* Quality is our success! 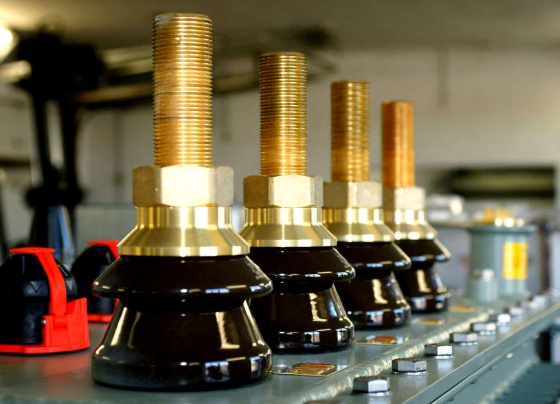