SIGLENT began developing digital oscilloscopes in 2002. After 14 years of research and development, our products include digital oscilloscopes, isolated handheld oscilloscopes, function/arbitrary waveform generators, DC power supplies, digital multi-meters, spectrum analyzers and other general test instruments. In 2005 SIGLENT produced the ADS 7000 series digital oscilloscope. From that point on our annual growth has been 50% or more every year. We’re proud to announce today that SIGLENT represents -- The Best Value in Electronic Test & Measurement.

Siglent employs over 300 people, with more than 100 engineers working in several departments including hardware, software, industrial design, test, and the advanced equipment environmental lab, as well as a highly qualified management team and other technical professionals.

Innovation is one of the core values at SIGLENT. Over 15% of total sales are invested into research and development annually. SIGLENT has acquired a number of patents, with many of our core technologies leading a global trend. In 2005 our EasyHunting technology allowed a 2-4 times increase in the precision of SIGLENT oscilloscopes when compared with similar models. In 2010, the SDS1000CF digital oscilloscope was introduced with its 300 MHz bandwidth and four-channels, capturing a large segment of the small and medium-sized market. In 2011, SIGLENT launched the isolated handheld oscilloscope model SHS1000 series, which is a leading product domestically.

With our modern automated workshops, standard supply chain systems, a comprehensive production management system, and sales & service offices in the United States and Germany, SIGLENT is continually striving to design and build the best value products for our customers.

Today, all of SIGLENT’s products are CE certificated. Meanwhile, to ensure a culture of high quality and improving efficiencies, SIGLENT has implemented an ERP system, an on-site 7S production management and a performance appraisal system.

SIGLENT focuses on the electronic test & measurement instrument industry and sees research & development as a core competency, while keeping a strong competitive edge through technology innovation and strict quality control. Try a Siglent product. Then compare the performance and the features to any other model, any other brand. Then compare the price. We believe there is no better value anyplace. 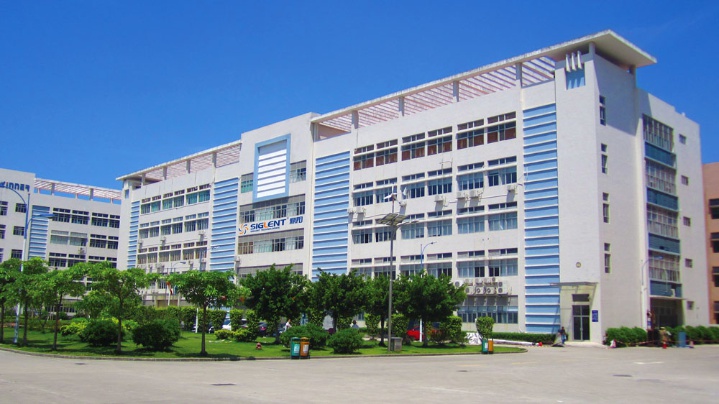 To Provide the Best Value Products in Electronic Test & Measurement