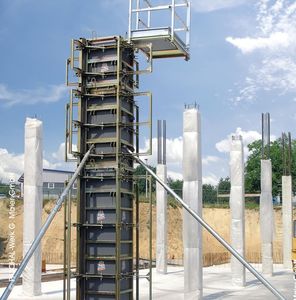 Adjustable column formwork Setting and stripping of formwork requires only the the fastening and then unfastening of ties at one corner Relocation via a single crane lift (folding mechanism) Easy ... 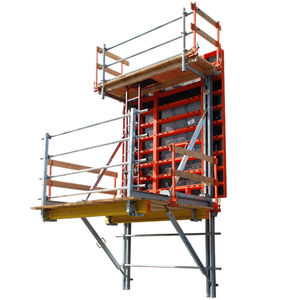 Climbing System 240cm - Can be adjusted up to +/- 15 degrees on the geometry of the structure - High load-bearing capacity - Saving of time and costs by transposing of larger formwork ... 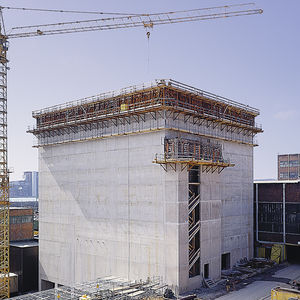 A versatile system for safe and economical climbing. • Compatible with all Paschal formwork systems • Climbing unit with large formwork areas can be moved in one piece. 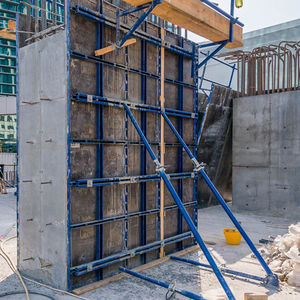 Framed Panel Formwork - SPF 50 System Scaffco light weight SPF 50 Frame system, with its 5mm Aluminum steel angle profile, is the ideal solution for quick & economical forming, with or without the use of cranes. Easy ... 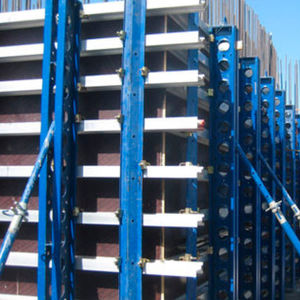 ... support Steel Soldier System in Detail Scaffco formwork beams (H20 or Aluminum) and the Steel Soldiers are spaced according to expected pressure of fresh concrete pouring. Free Choice of Formwork ... 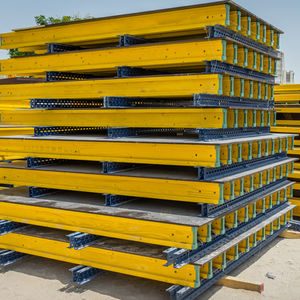 ... structures Steel Waler System in Detail Scaffco formwork beams (H20 or Aluminum) and the Steel Waler are spaced according to expected pressure of fresh concrete pouring. Free Choice of Formwork ... 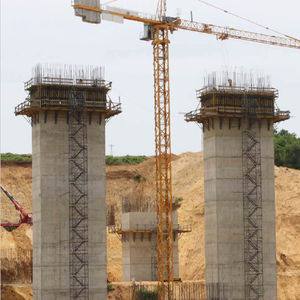 ... GEAR CLIMBING FORMWORK SYSTEM Using OCF Gear Climbing Fonmwork System can be created 150 - 200 - 250 cm console Thanks to the Steel walers used in this System, the climbing ... 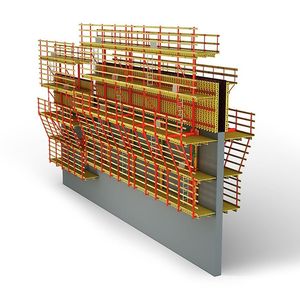 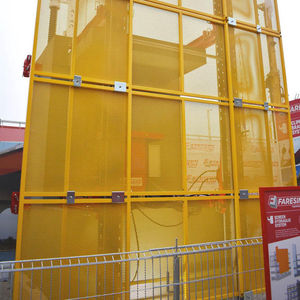 SCREEN An innovative climbing hydraulic system which safely lifts the working platform to the upper levels. Ideal for building vertical elements at very elevated heights like skyscrapers, bridges and dams.

... with SCF (Self-Climbing Formwork) without having to utilise a crane. With the aid of an inbuilt hydraulic device, the modular formwork system climbs vibration-free, step-by-step matching ... 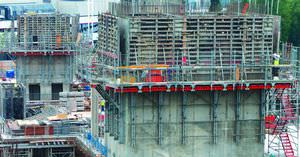 Ascent -F is a new guided climbing formwork system developed with our customers to speed cycle times and reduces labour costs. Ascent is fully adaptable to fit all formwork systems, and ... 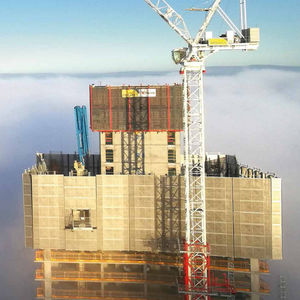 ... MAC Automatic Climbing System delivers fast operation and 3-way precision. It is designed with a completely electric-operated hydraulic system that has a capacity of 20 tons per ram, and a non-return ... 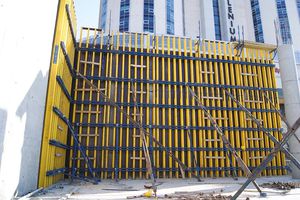 ... preferred with fast moving and easy formwork with crane, repeated use, concrete sealing and ease of picking. It has a wide range of usage because it is easily adapted to other projects. It can be used with climbing ... 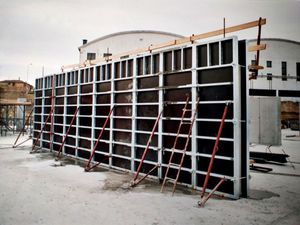 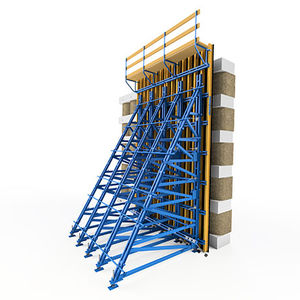 ... Sided Formwork System can be made clinbable with climbing equipment and accessories. Fresh concrete compression is transferred to the climbing console through vertical belts and buttress. ... 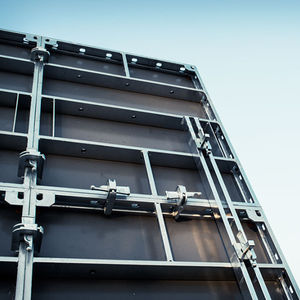 DESTIL MINI, is the latest product of Farina Formworks: a light steel frame formwork, handset and therefore avoiding the use of crane and maintaining a high flexibility, thanks to its modularity. If ... 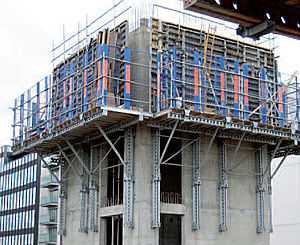 Climbing formwork is a system used for building vertical structures of significant height. Each new level is poured into formwork elements supported by the previously-completed construction.

Classic climbing formwork is raised level by level as the poured concrete cures sufficiently to support its weight. A crane lifts the formwork and its attached work platform. Self-climbing formwork rises using an integrated system of hydraulic jacks, obviating the need for a crane. Gliding formwork rises continuously throughout the construction process at a speed allowing the concrete just poured to set. This allows for seamless pours and uniform structures.

Extend the search
Search by manufacturer
Average score: 4.8/5 (4 votes)
With DirectIndustry you can: Find the product, subcontractor or service provider you need | Find a nearby distributor or reseller| Contact the manufacturer to get a quote or a price | Examine product characteristics and technical specifications for major brands | View PDF catalogues and other online documentation
*Prices are pre-tax. They exclude delivery charges and customs duties and do not include additional charges for installation or activation options. Prices are indicative only and may vary by country, with changes to the cost of raw materials and exchange rates.
Compare
Remove all
Compare up to 10 products