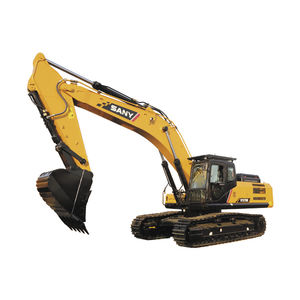 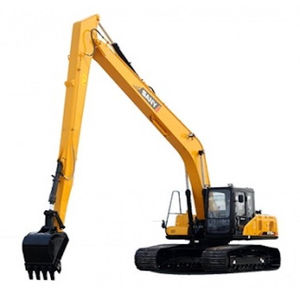 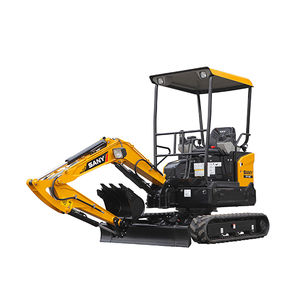 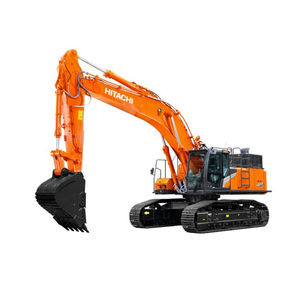 ... guaranteed maximum uptime and reduced total cost of ownership with the new Hitachi ZX490-7 large excavator. Fitted with the same size engine as larger Zaxis-7 excavators, it is capable of a higher workload ... 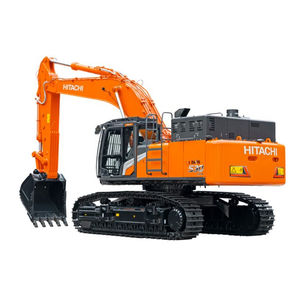 ... at dedicated facilities in Japan, the durable ZX530-7 large excavator has been built to last and maximise uptime. The ZX530-7 has greater traction and steering force than smaller excavators, which is ... 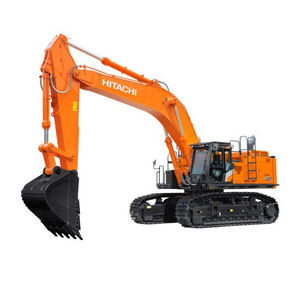 ... Bucket ISO Heaped:2.9 – 4.0 m3 Available in:Europe The exceptional reliability and efficiency of the ZX690-7 large excavator will increase the productivity and profitability of your mining or quarrying operation. ... 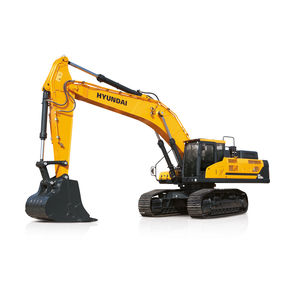 As soon as you step in the cabin of the HX520L, you’re in a different world. Every detail has been planned and designed around your needs. Quick, powerful performance is complemented by precise, intuitive control. Solid performance, ... 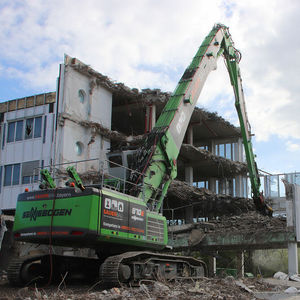 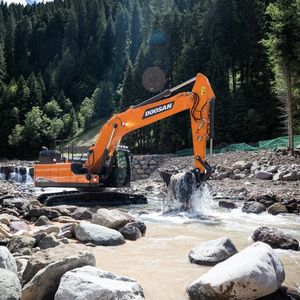 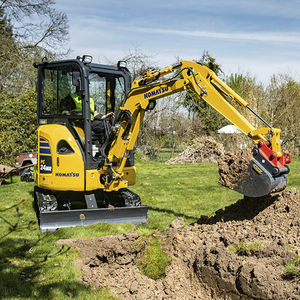 ... performance of the larger Komatsu construction range into a compact package, and with a unique design concept the Komatsu MR-5 excavators are sure to stand out on jobsites across Europe. Total versatility • Designed ... 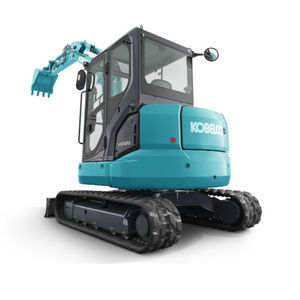 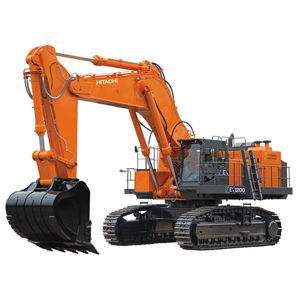 ... years of group company expertise, integrating intelligence, safety and ultimate efficiency.The EX1200-7 is a unique excavator within the Hitachi range, adapting to many different operations. At its ... 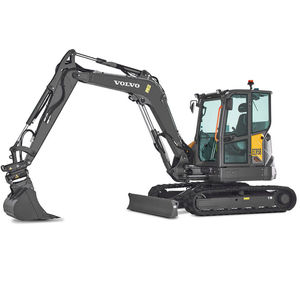 ... with the operator in mind. With unrivalled comfort, operators can work more efficiently and with less fatigue. The compact excavator is complemented by a range of Volvo services to support you throughout the lifetime ... 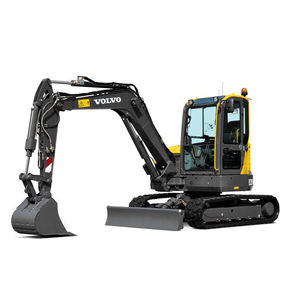 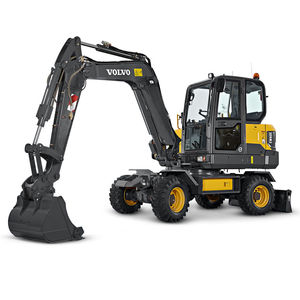 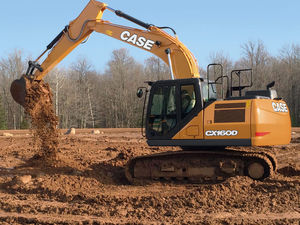 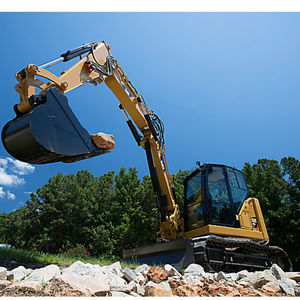 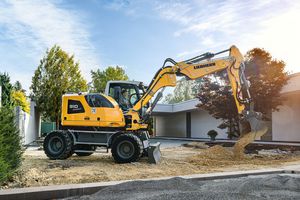 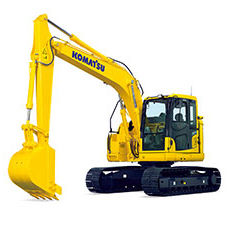 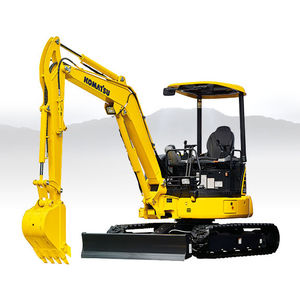 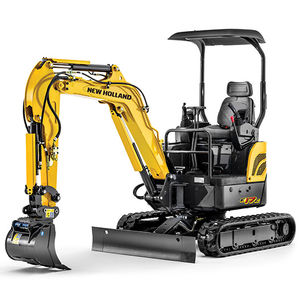 ... with greater confidence in a C Series compact excavator. They combine power, performance and versatility to make the very most of every minute of your day. Big power in restricted spaces C Series excavators ...

... power and performance, the SV19VT is robust, reliable and highly versatile. Perfect for a wide range of applications, the excavator boasts class-leading in-cab technologies to optimize operator productivity. Innovative ...

... the cab is comfortable and intuitive, while a state-of-the-art engine and innovative hydraulic system sees the impressive excavator deliver the outputs of a much larger model. 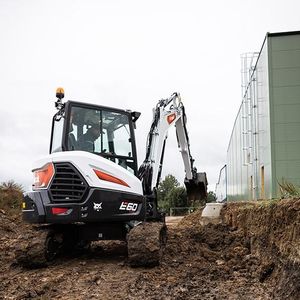 The new Bobcat® E50z is a new generation model in the 5 tonne compact excavator class, offering the benefits of Zero House Swing design. The E50z model is an easy-to-use, robust machine, introducing the next level of ... 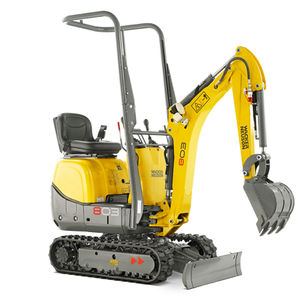 The 803 is the smallest Wacker Neuson excavator – but what it lacks in size, it makes up in strength. Its compact size, at just 700 mm wide, makes it ideal for demolition and renovation work within buildings. The rubber ... 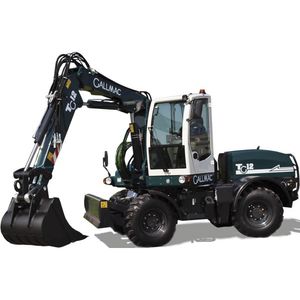 Gallmac machines are building site service vehicles, versatile and suitable for all kinds of operations within public works in urban and difficult access areas (road works, construction, utilities) where space is limited, such as town ... 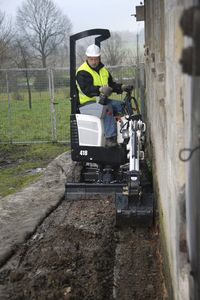 418 Compact Excavator with Zero Tail Swing With a retracted track width of less than 28 inches wide, the ultra-compact 418 can access jobsites where exhausting hand labor is your only other option. Only Bobcat gives ... 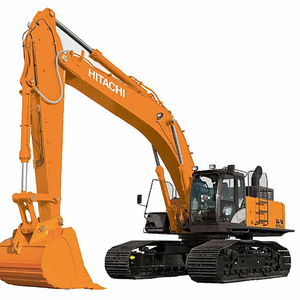 Excavators are construction vehicles sometimes called diggers or mechanical shovels. Small models are referred to as mini or compact excavators. They differ from backhoe loaders, which combine some aspects of the excavator with the features of a loader.

Excavators are mostly used for digging, including terracing and quarrying. They can nonetheless accomplish a wide variety of other functions after replacement of the bucket with vibratory plates, saws, wrecking tools, jackhammers, demolition tongs, grapples or other attachments.

Excavators have an X-shaped chassis riding on wheels or tracks. The chassis encompasses the hydraulic motors and supports a 360-degree rotating platform called the house.

The house holds the operator's cab, the engine, the counterweights and the boom attachment point. The boom is connected to the bucket by the stick (or dipper arm). Boom and stick length directly affect the excavator's mechanical capacities.

Extend the search
Search by manufacturer
Average score: 4.1/5 (49 votes)
With DirectIndustry you can: Find the product, subcontractor or service provider you need | Find a nearby distributor or reseller| Contact the manufacturer to get a quote or a price | Examine product characteristics and technical specifications for major brands | View PDF catalogues and other online documentation
*Prices are pre-tax. They exclude delivery charges and customs duties and do not include additional charges for installation or activation options. Prices are indicative only and may vary by country, with changes to the cost of raw materials and exchange rates.
Compare
Remove all
Compare up to 10 products