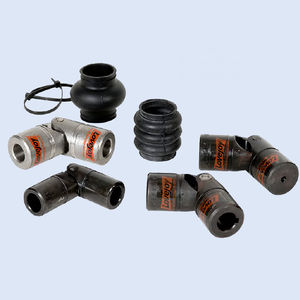 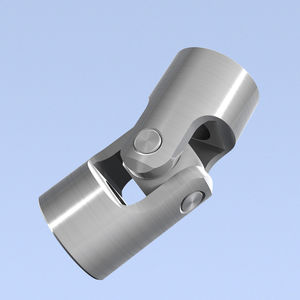 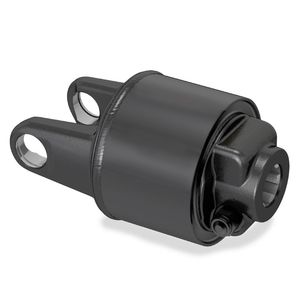 The GE torsionally resilient joint is used on drivelines for different functions depending upon the specific application. The GE can reduce torque peaks generated by the inertia of machines with heavy flywheels or rotors ... 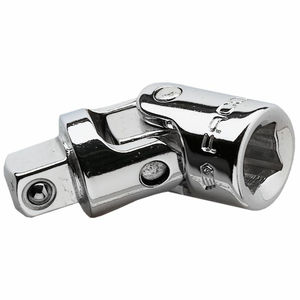 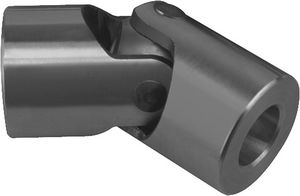 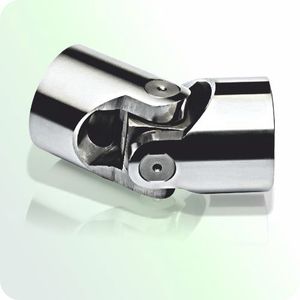 ... the coupling of the two single joints is even more reduced using a double joint. In other words, the double joint is to be considered the shortest homokinetic transmission. For low ... 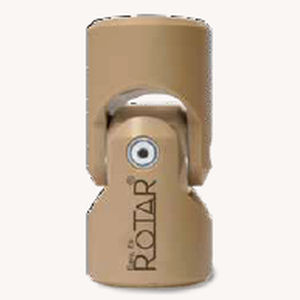 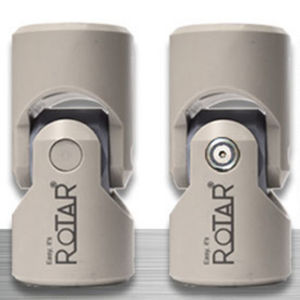 ... Chemical Corrosion Resistance > Max speed: up tp 600 RPM > Temperature range: up to 70° C > Available in the Double Joint Version. > Applicable torque depending on the avg working Temperature, Speed and ... 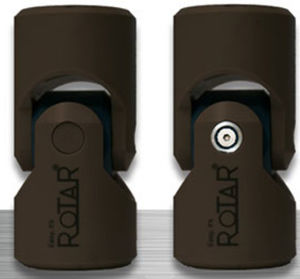 ... High Chemical Corrosion Resistance > Max speed: up to 600 RPM > Temperature range: up to 100° C > Available in the Double Joint Version. > Applicable torque depending on the avg working Temperature, Speed and working ... 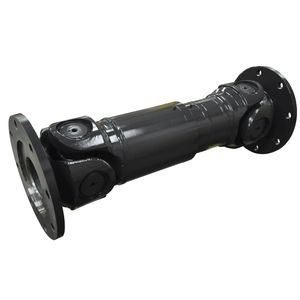 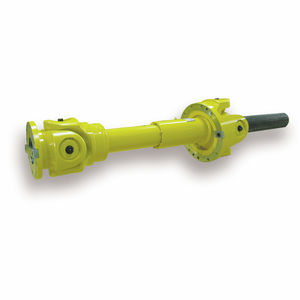 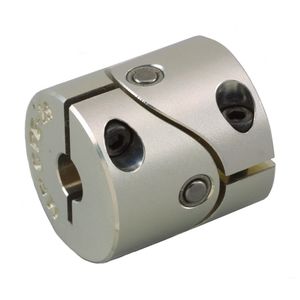 This universal joint coupling is equipped with special plain bearings and two aluminum hubs to transmit high forces with an angular misalignment of up to 1 °. Due to the high-precision fit of pins and ... 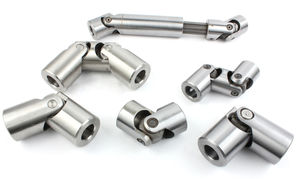 ... of universal joints available for both manual and industrial applications. Almost all of the range is available from stock! Included in the product range are: - Simple or double universal ... 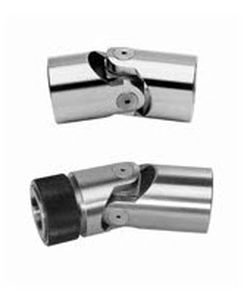 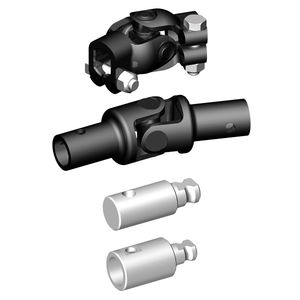 Steel articulated coupling GKN with rust protection, needle bearings and seal ring. For transmission of drive torque of power and manual drives to ventilation shafts etc. with inclined output to the driven shaft. Adapter GKA for ... 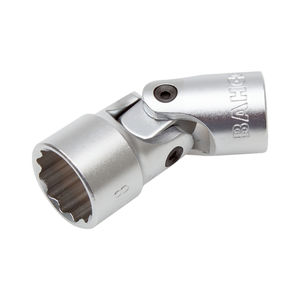 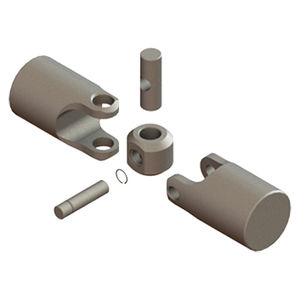 Belden's Heavy-Duty universal joints are high-quality joints for a variety of standard applications with moderate loads and RPM. They feature friction (plain) bearing design, with large ... 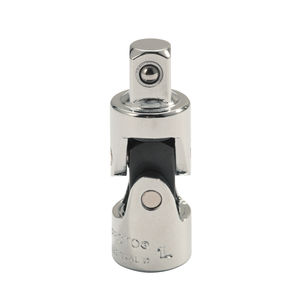 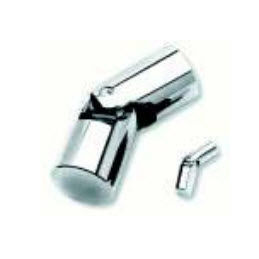 The SIN type cardan joints feature hardened steel cross pins (assembled along the rotation axis in the central core) and are similar to cross joints, as they transmit torque to the round ... 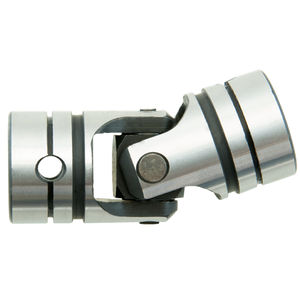 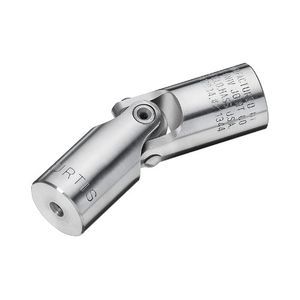 ... steel u-joints with solid hubs in 14 sizes. Joints 7⁄8 and larger have Curtis Take-Apart feature which allows for specialized modifications with no special tooling required. This feature makes it easy ...

... steel and are equipped with 18NiCrMo5Pb bearing parts. They have a max. operating angle of 45°. These single and double universal joints offer a simple type of design, with small-sized tolerances and ... 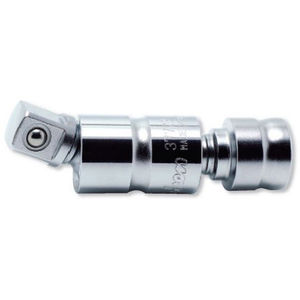 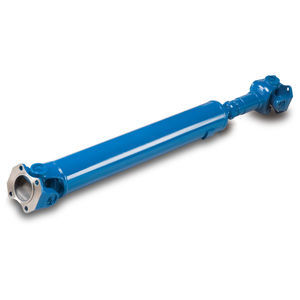 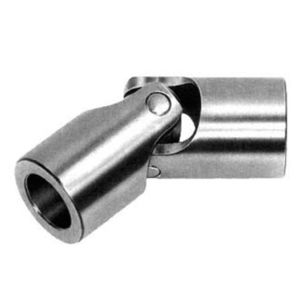 Precision universal joints are quality products manufactured from high-quality steel. All sliding surfaces are hardened and vibratory finished; the joint elements are mounted with almost ... 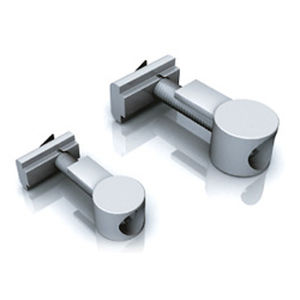 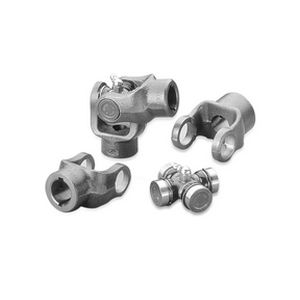 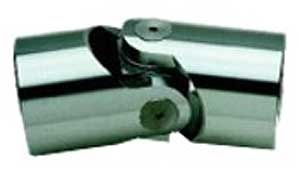 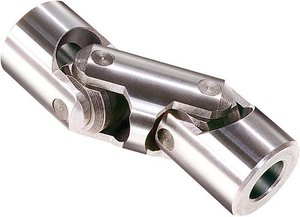 A universal, or Cardan joint is a mechanical device which transfers rotary motion between two shafts whose angular relationship varies during operation.

The universal joint is used primarily to transmit motive power from an automobile engine to its drive wheels. It also is used to avoid flexion of a drive shaft and to transfer rotation at an angle.

This device consists of two yokes and a double crossbar or gimbals. The simple universal joint is not homokinetic, that is, the speeds of the two shafts are not constant when they are not aligned. Constant velocity operation requires a double universal joint.

Extend the search
Search by manufacturer
Average score: 5.0/5 (4 votes)
With DirectIndustry you can: Find the product, subcontractor or service provider you need | Find a nearby distributor or reseller| Contact the manufacturer to get a quote or a price | Examine product characteristics and technical specifications for major brands | View PDF catalogues and other online documentation
*Prices are pre-tax. They exclude delivery charges and customs duties and do not include additional charges for installation or activation options. Prices are indicative only and may vary by country, with changes to the cost of raw materials and exchange rates.
Compare
Remove all
Compare up to 10 products