The NORDAC PRO is the inverter for all drive applications. It offers a wide power range, and its functionality can be extended with plug-in option modules. For this inverter, variable cooling concepts ...

... requirements, NORDAC LINK can be freely configured, which results in a large number of different potential applications for this inverter. The high plug-in capability translates to fast and easy installation of the units. ... 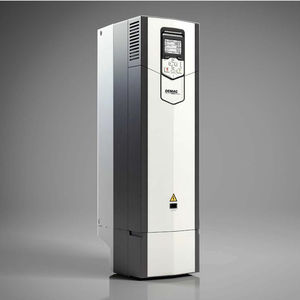 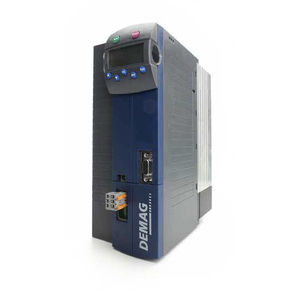 Our Dedrive Compact STO frequency inverters offer outstanding performance and satisfy even the most demanding drive requirements with ease. They feature not only tried-and-tested reliability and functionality, ... 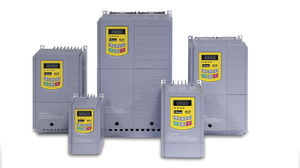 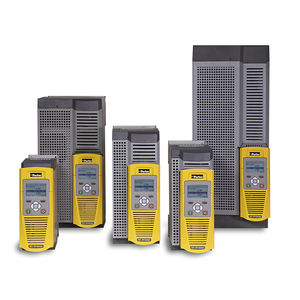 The AC30V variable speed drives provide users with exceptional levels of motor control for general purpose open-loop industrial applications up to 350 HP. A range of communications and I/O options are available separately. Product Overview The ... 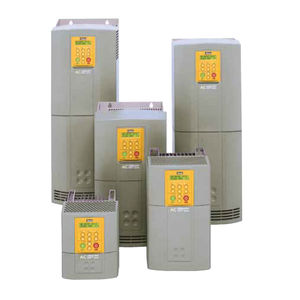 ... through to the most sophisticated integrated multi-drive systems Product Overview The AC690+ series is a single range of AC drives designed to meet the requirements of all variable speed applications from simple single ...

The Hitachi NE-S1 is our economical and simple to use inverter solution in the popular 0.2 kW to 4.0 kW. The NE-S1 is designed with both OEM's and System Integrators needs in mind with its ultra-compact design and out ...

The Hitachi WL200 Series offers a range from 0,2 kW to 18,5 kW. It comes with Advanced V/f Control and enhanced funtionality in control, as well as programmable functions (EzSQ software). Furthermore the Hitachi WL200 is environmental ... 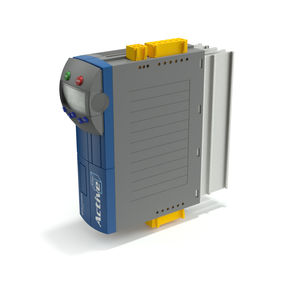 The Bonfiglioli Active Cube is a frequency inverter offering both compactness and flexibility. This specific solution is adaptable on a wide range of machines, starting from servo to heavy industry applications. ... 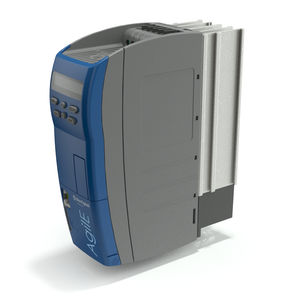 The Agile Series of inverters by Bonfiglioli sets new standards in technology for a broad range of users. Agile inverters are particularly suited for the food & beverage, textile, wood, packaging and ... 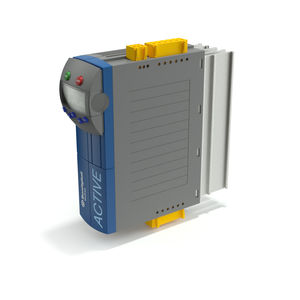 The Bonfiglioli Active Series contains flexible frequency inverters that are both versatile and easy to use. This product features high performance control and unbeatable advantages in scalability and ...

... to your machineOmron realises that you need quality and reliability, plus the ability to easily and quickly customise your inverter to the application in hand. And with the RX, you have the perfect tool for the job. Naturally ... 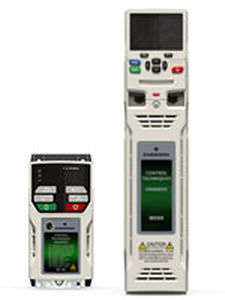 The Unidrive M range meets the requirements the of automation application requirements, as a result of in-depth market research on customer expectations. There are seven Unidrive M models to fit different users and their needs with special ... 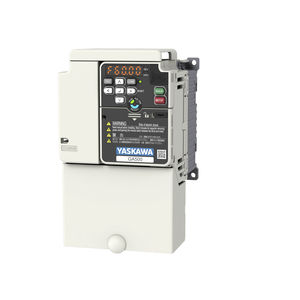 More than 100 years of experience with driving electric motors has led Yaskawa to develop products which perfectly combine technical superiority with easy handling. The latest result of this evolution is the new GA500 microdrive. ... 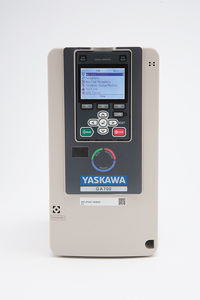 The GA700 is the start into a new generation of YASKAWA drives for industrial applications. Compact in size and loaded with new features that make the installation and setup simple as never before, the GA700 is the right choice for success ... 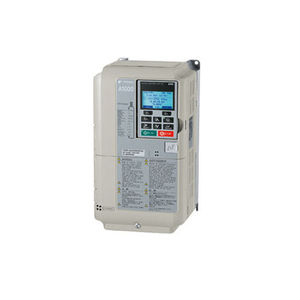 The A1000 is the premium inverter from YASKAWA. It provides great operation reliability, environmental benefits and energy savings as well as many other user oriented operational features that make it a first class choice. ... 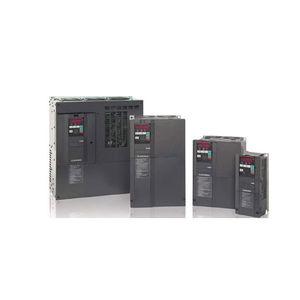 Designed for unparalleled drive precision, speed control, simple startup, and versatility, Mitsubishi Electric has developed a new generation of drive technology: the remarkable FR-A800. Some of the outstanding features are the integrated ...

... suited for controlling the speed of asynchronous motors. Frequency Inverters that fit! Our MOVITRAC® LTE-B+ frequency inverters are characterised by a compact range ... 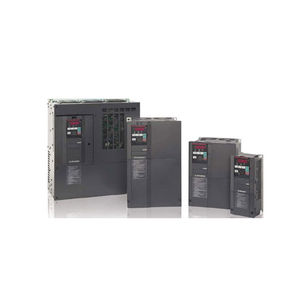 Designed for unparalleled drive precision, speed control, simple startup, and versatility, Mitsubishi Electric has developed a new generation of drive technology: the remarkable FR-A800. Some of the outstanding features are the integrated ...

These inverter drives can be utilized to rejuvenate your tired old vertical and horizontal materials handling applications. The decentralised inverters are ideal for wall mounting and have a pluggable ...

DC1 is one of the latest additions to its product series, being known for its compact design, as well as the variable frequency. Eaton has included various advanced technologies in this device to reduce installation and ... 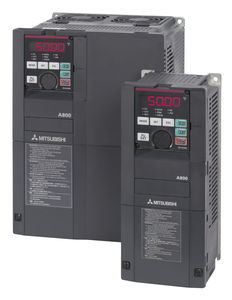 ... Furthermore the built-in PLC means true stand-alone capability. Through a unique algorithm we are able to accurately detect the fan or pump curve of the attached load and alarm when the load falls outside of adjustable ... 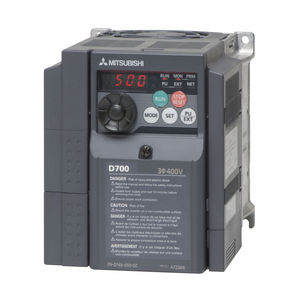 ... operability, compact design as well as improved performance features were the focus during the development of the FR-D700 frequency inverter. A drive was created that set standards in the field of compact ... 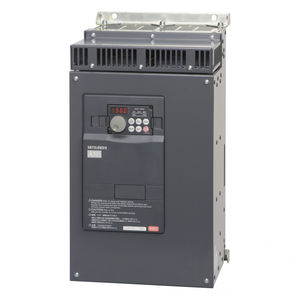 Featuring a large number of innovative technologies, this compact frequency inverter delivers exceptional performance and is ideal for hoist drives and high-powered machines with torque that can be used ... 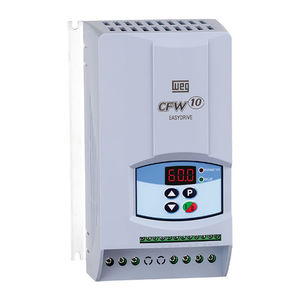 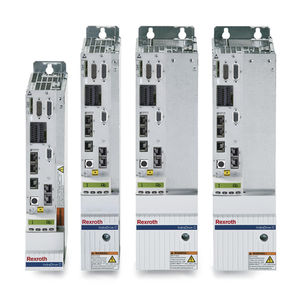 ... components as well as optional frequency inverters for hoists and travel drives to suit your specific application. This equipment will increase safety in material handling and lengthen the service life ...

Frequency inverters With scaled functionality and full integration into the B&R automation landscape, ACOPOSinverter is suited for a wide range of use, from small machine modules to complex plants. The ... 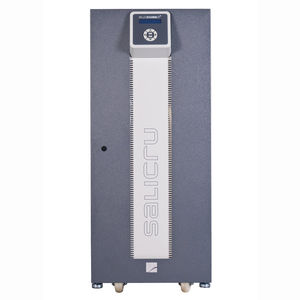 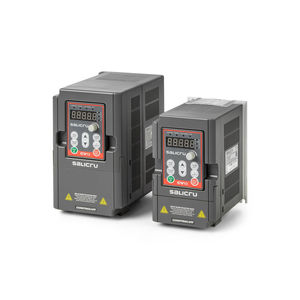 Salicru’s Controlvit CV10 variable frequency drive series offers the most competitive solution for a wide range of applications. With a single-phase input voltage, it is designed to operate with low-power motors and has ... 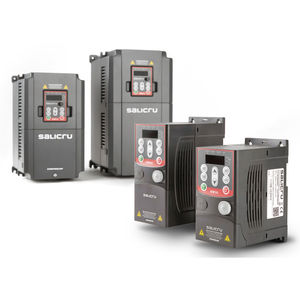 ... Controlvit CV30 variable frequency drive series stands out for its design, reliability, compact size and ease of use. The high quality of its components, advanced features and versatility make it the ideal variable frequency ...

Universally applicable for any motor technology and functionally prepared for the drive tasks of speed, torque and position control - these are the COMBIVERT F6 drive controllers for powers from 4 kW to 400 kW. They support the implementation ... 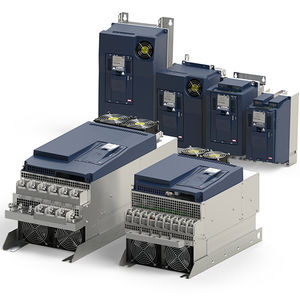 Powerful and compact Universally applicable for any motor technology and functionally prepared for the drive tasks of speed, torque and position control - these are the COMBIVERT F6 drive controllers for powers from 4 kW to 400 kW. ... 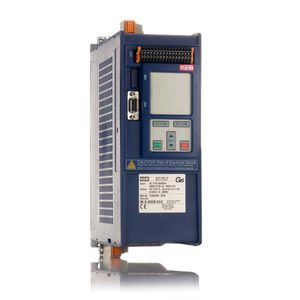 ... meets the requirements of the new equipment directive Frequency Inverter KEB COMBIVERT B6 The compact entry class with integrated EMC, ready-to-connect for motor sizes up to 4 kW. Frequency ... 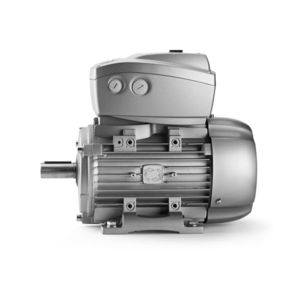 ... programming and testing of the motor + inverter system, as well as the dangers due to errors associated with these operations. However, before the NEOWiFi, there were factors that limited the availability of motor-inverters: ... 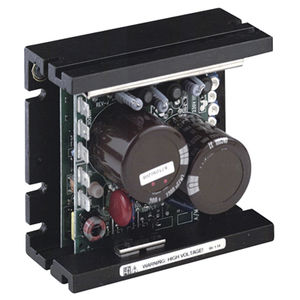 Compare this product Remove from comparison tool
12345> Next 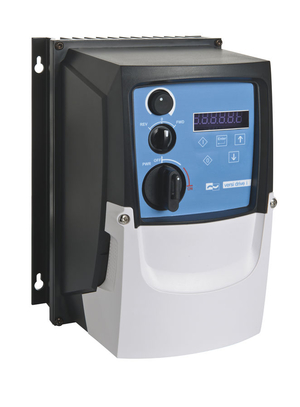 A frequency inverter controls the speed or torque of an electric motor. It can operate in four quadrants, by acceleration or braking, and in either direction.

Industrial uses for these devices include the control of high-power electric motors, machine tools and transport machinery. They are also found in the plastics and metal industries, on injection molding equipment, construction cranes, windlasses and other lifting gear, and on air compressors and pumps.

While these inverters are usually found on asynchronous three-phase machines, some are used with single-phase motors or synchronous versions with permanent magnets.

They can regulate motor speed along an acceleration curve, compensating for load and the variation in speed or torque. Braking requires the use of a dissipation resistor or the re-injection of dissipated energy into the electrical network. Control can be a function of a potentiometer setting, a 0-10 V or 4-20 mA signal, via an RS485 serial port or a Profibus, Modbus or Ethernet network.

Speed adjustment is by incremental or absolute encoder, a tachometer generator or current flow analysis without a sensor. Such devices also improve power factor and protect the motor from excess voltage and current. They maintain speed or torque within a normal range and forestall oscillatory phenomena.

Extend the search
Search by manufacturer
Average score: 3.8/5 (18 votes)
With DirectIndustry you can: Find the product, subcontractor or service provider you need | Find a nearby distributor or reseller| Contact the manufacturer to get a quote or a price | Examine product characteristics and technical specifications for major brands | View PDF catalogues and other online documentation
*Prices are pre-tax. They exclude delivery charges and customs duties and do not include additional charges for installation or activation options. Prices are indicative only and may vary by country, with changes to the cost of raw materials and exchange rates.
Compare
Remove all
Compare up to 10 products